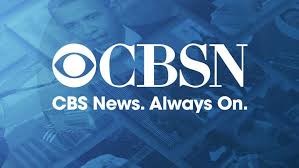 “Still Waiting On The MNA”

Saint Vincent Hospital has been ready to resume discussions for more than two weeks, and is today letting stakeholders know that despite three indications by the hospital that it is willing to meet, the Massachusetts Nurses Association (MNA) bargaining committee still has not agreed to resume discussions. The Hospital’s desire to help solve this standoff and give its nurses a chance to return to work is very important to the Hospital.

The Hospital’s federal mediator has been involved in the talks since Dec. 15, 2020.  The recent events are:

·       After the strike started on March 8th, the federal mediator first suggested on April 7th that the two sides meet to have a discussion. The hospital immediately agreed, but the federal mediator said she did not receive an affirmative response from the MNA bargaining team.

·       The hospital asked again two days later, on April 9th and was told by the federal mediator that the MNA said they were still “working on” a response to the original request.

·       On April 15th the hospital repeated its willingness to have a discussion and got the same response.

·       The last request came on Tuesday, April 20th, two weeks after the mediator’s initial suggestion that the parties meet. Once again, the mediator was told by the MNA that they were “still working” and were not prepared to meet.

The events over the last two weeks had previously been undisclosed out of respect for the mediation process.  However, Saint Vincent CEO Carolyn Jackson said she needs to set the record straight and let our nurses and other stakeholders know the hospital is trying to re-engage the MNA bargaining committee to resolve the strike. “We have always been ready to meet, but the MNA has declined. We’re prepared to sit down with them and work toward an agreement.”

The hospital’s last formal proposal on March 1 included significant enhancements in staffing, which the MNA has said is the key issue in the strike. The union rejected the proposal but presented no meaningful counteroffer, and no changes to its staffing proposal, leading to a suspension of the talks on March 3 and the start of the strike on March 8.